Architect Martin Munka, in cooperation with David Záleský, designed the playground so that it is clear with readable and visible obstacles. The aim of the design was to play golf on every level.

Most of the course is drawn on a typical south-slovak plateau. The fairways are beautifully shaped into interesting shapes interrupted by bunkers or water levels. The last appearance of both the fairways and the greens was given by the internationally renowned shaper Englishman Chris Horn.

Grace and charm  adds the playground  the flooded woods,with a patulous predominantly deciduous trees in the middle,  which is fully or partially integrated with eight holes. The same applies to water. The lake touches up to half of the eighteen tracks, leaving no island green on the hole no. 16th. Perfect track design contrasts the rich number of bunkers with white sand. Some of them are spectacularly drawn to the ponds and create a picture of the beach. Interestingly, the built waste  bunker / large sandy areas / on holes no. 3, 4, 15 and 17 that have the impression of North American deserts.

The first thing the player notices on the first tee  is a fairly wide fairway. The impact zones are 70 to 80 m wide, following the pattern of American courses. It will undoubtedly be appreciated by less experienced players. However, the total length of the course is 6,691 m of black, 6,254 m of white, 5,711 of yellow, 5,269 of blue and 4,677 m of red tees, that is, it is also ready for the game of professionals and for organizing prestigious and master competitions. They will also be delighted with the ladies, whom the architect was particularly fond of, because their tees are in most cases significantly ahead of men and in addition in front of water.

The fairways have been sowed with a top-notch grass mixture (so-called bent grass), which is usually sowed only on the greens but at Green Resort it has been sowed also on the fairways. This allows attaining the highest possible quality of grass growths.

The golfers may try out this course for fees starting at €49. 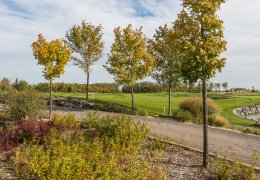 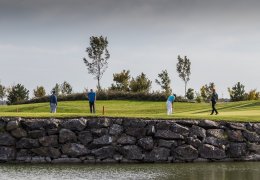 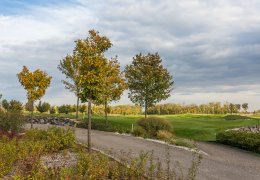 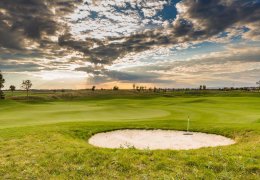 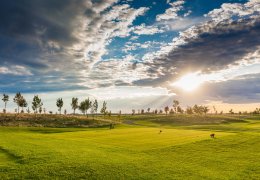 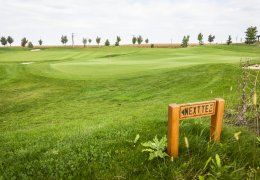 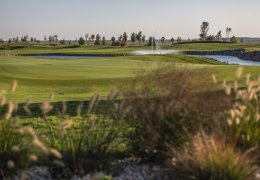 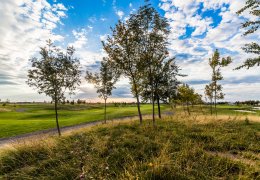 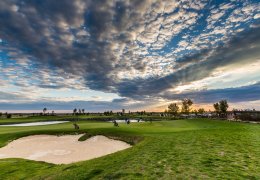 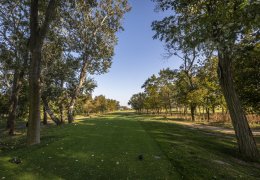 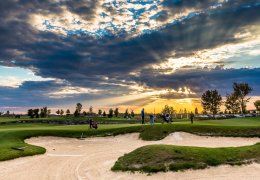 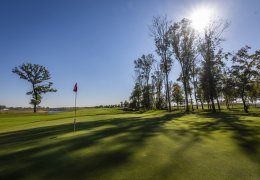 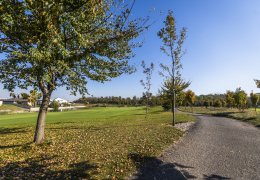 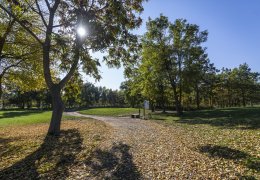 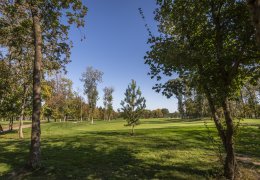 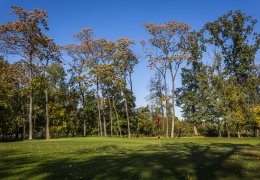 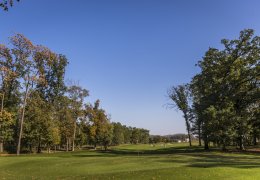 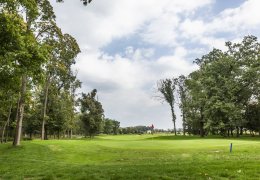